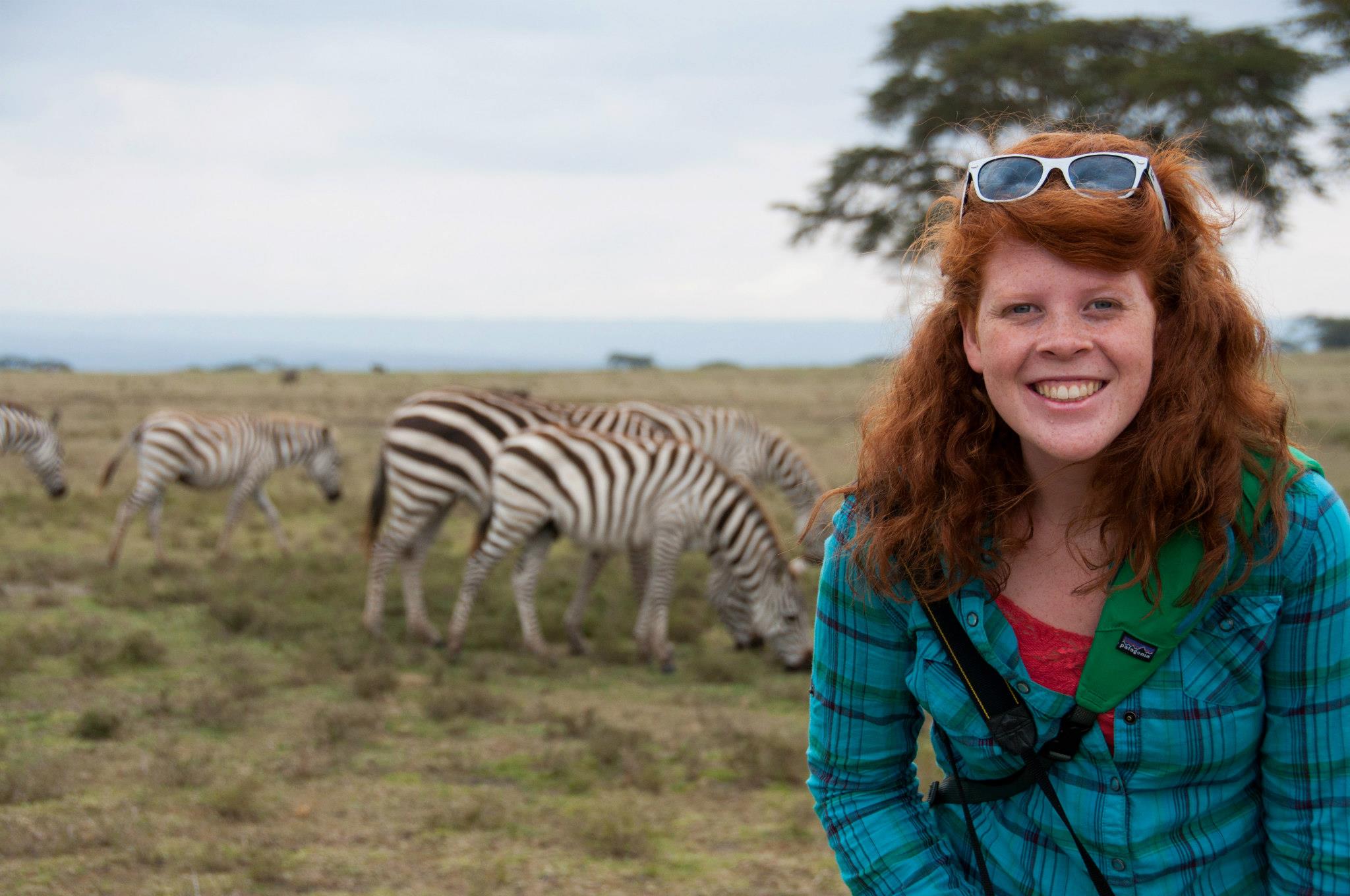 After landing, and making it through security at Jomo Kenyatta Airport I quickly found my ride to what would be my home for the next ten months. Driving down the highway we turned into Ongata Rongai, a little town outside of Nairobi, Kenya. I was met with new smells, hardships, faces, and the phrase muzungu, which means white person in Swahili. I had arrived! This would be my first night in Africa, a culmination of jet lag, amazing stars, new friends, culture, and surprises. What did God have in store for me this year?

Often, I had thought of what that night would be like. I had visions of grandeur of arriving at the academy where I would be staying. I thought I would reach my destination in some beat-up vehicle. I assumed that the geography would be arid and hard to get to, and the people would not be as urbanized carrying around cell phones. Far from my original thoughts, as we drove I saw heaps of trash, people loitering outside, and tons of cell phones, banks, and modern conveniences. I became disappointed. What had I gotten get myself into? Was this really my mission field? I was hoping to end up somewhere slightly extreme, this did not seem extreme.

Looking back on my decision, I know God pushed me to go to Kenya on purpose. Although, it appeared as if I had made the wrong choice, God knows more than we do. Initially, I thought I had taken a year off of my life for nothing, but over the progression of a year my perception changed completely. God taught me things about myself I did not know, and that encouraged me to become the person I am today. Whenever anyone asks me about whether I would go back or if I thought it was worth it I say, “Absolutely!” That year is one of the defining moments of my life. I made friends that I can cherish for a lifetime, pushed myself in ways I never thought imaginable, and discovered that I wanted to go into Public Health.

Similarly, we often have the idea of what service is supposed to look like, but who has the correct definition? During my year, there were many points where this “word” took on several meanings.  As my fellow student missionaries and I grew, we were quickly challenged to find our own definition.  For me, I found out it embodies: patience, flexibility, truth, reciprocity, and most of all, empowerment. Through the many jobs that I had as a teacher, assistant cafeteria director, tutor, and peer, I had to embody all aspects of my definition; however, before going abroad, my definition of service did not encompass this. Why? I had a passive view of how volunteering was only about getting out and serving the community, but not how the community would teach me in return.

How do you see service? My view changed from a passive role before leaving to actively engaging with those around me abroad. What changed? I changed. It was not the process of going abroad, but the progression of understanding those around me and the circumstances they were going through, whether it be mentally, physically, or spiritually. Some may say that I had an amazing experience, which altered the course of my life (which it did), but that does not mean that the same experience cannot happen to you right here in our community. Find your own way to serve whether it be through Community-Academic Partners in Service (CAPS), Healthy Neighborhood Projects (HNP), the local community, or a church group.

Get out and define your own path and see how your life changes. You will not regret it!