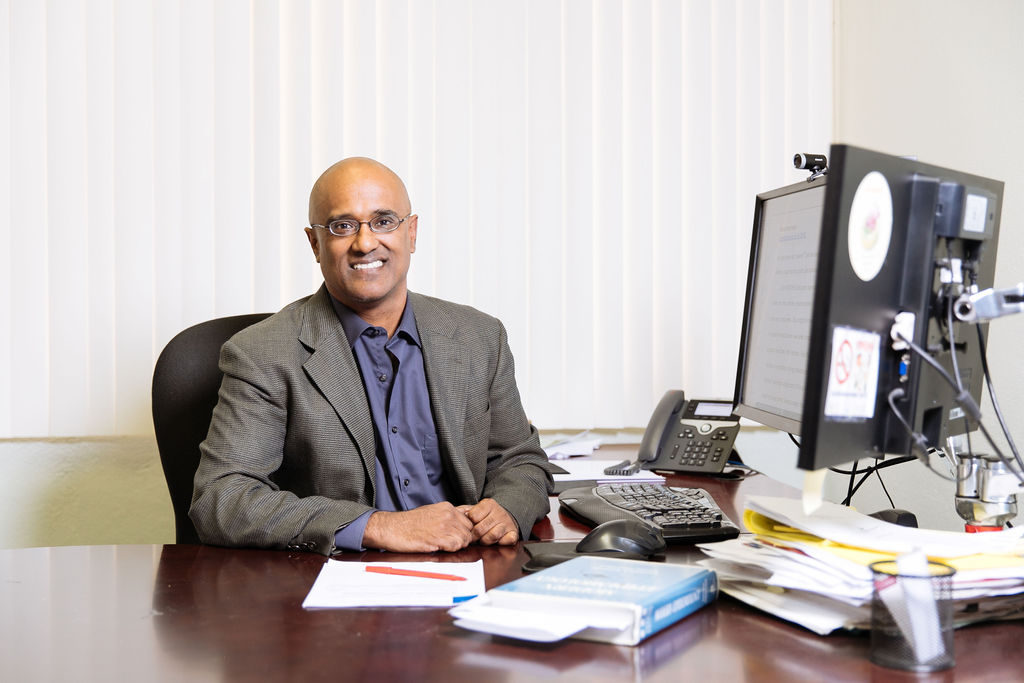 Pramil Singh, DrPH, a professor at Loma Linda University School of Public Health, just became the second graduate of the school to be appointed to serve on an NIH study section. Singh is widely regarded for his work in tobacco cessation in Asia.

Loma Linda University School of Public Health professor has been appointed to a four-year term on a prestigious National Institutes of Health (NIH) study section.

Pramil Singh, DrPH, director of the Center for Health Research and director of the Transdisciplinary Tobacco Research Program at the LLU Cancer Center, began serving July 1 as a member of the NIH health disparities and equity promotion study section.

An NIH study section consists of a panel of research scientists from major American universities, all of whom are recognized as top leaders in their respective fields. Their function is to evaluate grant applications submitted to the NIH and make recommendations to help the NIH rank proposals before funding decisions are made.

In a letter announcing Singh’s appointment, Noni Byrnes, PhD, director of the NIH Center for Scientific Review, said researchers were selected on the basis of their competence and achievements in their fields of expertise. “These functions are of great value to medical and allied research in this country,” Byrnes said.

Singh, who obtained a DrPH degree at Loma Linda University in 1999, has gained recognition for his tireless campaign to help the governments of three Asian nations — Cambodia, Lao and Mongolia — tackle the epidemic of tobacco abuse among their citizens. He is especially renowned for his efforts to curtail the sale of tobacco products to minor children and adolescents.

Crespo received his DrPH degree from Loma Linda in 1989, exactly 10 years before Singh did the same thing. Singh says both he and Crespo studied under Gary Fraser, MD, PhD, at the school. He keeps a copy of Fraser’s acclaimed textbook, “Preventive Cardiology,” in his office. “Our esteemed NIH professor inspired both of us to pursue NIH funding,” he says. “Carlos has a $24 million NIH grant for health disparities.”

Crespo just concluded his third NIH study section. The first focused on cancer epidemiology, and the second on neurology and aging. The third — which Crespo calls his favorite — addressed the issues of health disparities and equity promotion.

Although Crespo enjoyed serving on the first two panels, he feels he and his peers made their most important contributions in the health disparities study section.

Learning was the biggest takeaway for Crespo. “You go in thinking you’re an expert and you know what you’re talking about,” he said. “But it’s humbling to read other people’s work and learn about their innovations and interventions. It was great to be at the forefront of science, working to eliminate health disparities!”

Singh says that at the moment, his NIH grant is enrolling community health workers in LLU degree training so they can conduct field research with mobile apps to explore where smokers in Cambodia, Lao and Mongolia are buying their cigarettes. In Mongolia, he is collaborating with nine hospitals in or near the capitol city of Ulaanbaatar to enroll subjects in a trial of a plant-based smoking cessation treatment.

Singh characteristically deflects praise for his recent honor onto his school instead of himself. “Two DrPH grads have been appointed to an NIH study section. This is a huge thing for the School of Public Health. We graduate trained scientists in addition to our long history of training very effective practitioners,” he says.

Helen Hopp Marshak, PhD, MCHES, dean of the school, is grateful that Singh’s contributions to science have been recognized by the NIH.
“We are extremely pleased to learn that two of our graduates, Dr. Carlos Crespo and now Dr. Pramil Singh, have been appointed to serve as members of prestigious study sections at the NIH,” Hopp Marshak said. “They are both to be commended for their outstanding service. Dr. Crespo is doing great work at Oregon Health and Science University and Dr. Singh continues to do groundbreaking work here at Loma Linda in helping end tobacco abuse in Asia. His appointment recognizes his commitment and scholarship in this critical work.”