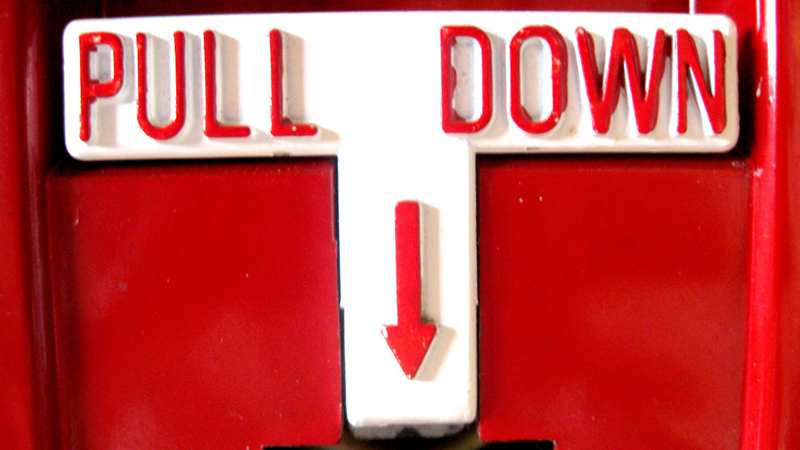 I’m just a normal person. I never majored in disaster preparedness, though it’s always been a field of interest. And I never even seem to be in town when the ubiquitous mini-earthquakes hit Loma Linda. But I am definitely my father’s daughter. Working in an ER for 30 years, he’s seen some awful emergency situations in his time that could have been avoided with some preventive measures, which is probably why he felt compelled to instill both of his daughters with a strong sense of preparation and self-sufficiency. For my 13th birthday he presented me with a fully loaded tool case, because every girl should be able to use needle nose pliers and wrench. It’s something I still own and use surprisingly often. Last year he bought me a car battery jumper machine that currently resides in the trunk of my car, right next to regular jumper cables, emergency flares, fleece blanket, spare water bottles, and granola bars (what can I say- we grew up living in rural areas). Inside my car are an LED flashlight and pocket mask, in case I ever have to perform CPR on the open road. It’s not a matter of if something will breakdown, but when.

So, while I can certainly fend for myself if my car dies in the middle of the desert, there are other disasters that I feel a lot less prepared for. And it seems like lately the whole world is on the brink of disaster. Communicable diseases like Ebola and Enterovirus D68, volcano eruptions in Hawaii and Iceland, gun violence, and not to mention war. The general public is fearful of something new every week. It seems like I’m not the only one that noticed. Recently, I was at an airport and walked by a TV streaming a news station which was polling “random individuals” asking them if they thought “the world was going to hell in a hand basket or if we’d be ok.” I was shocked. What a horribly inappropriate, and might I add completely unscientific survey (response bias, anyone?). But it did get me thinking, with so much going on in the world, what can we do to help? This question has plagued me for years, and one of the reasons I pursued public health.

I think back to January, 2010. A 7.0 earthquake had just hit Port au Prince, Haiti. Rubble, turmoil, chaos, shortage of food. A literal and figurative collapse of the country’s infrastructure. Every news show had someone on the ground covering the disaster. As for myself, I was sitting at my parents’ house with nothing to do. I had officially earned my MPH a mere three weeks before and was waiting to receive confirmation on my yearlong volunteer assignment through the LLU Global Service Award program, yet I felt completely and utterly useless. There was so much need for manpower and resources. There I was, a new graduate who had just spent the last two years learning about public health responses to global and maternal child health issues but I couldn’t help with the immediate needs like food, clean water, hygiene and sanitation, or access to medical care. It also made me think of the long term needs for refugee camp safety, education, and job development. But I couldn’t do anything. Yes, I could donate money, raise awareness of the needs, but at that point in time it didn’t seem like enough. In fact, every time there is a deadly hurricane or tornado in the U.S. and there is an immediate need for help, I feel the same sense of uselessness.

I hate feeling useless, so I started to research how I could change that. We can’t always go to the heart of the disaster, but we can prepare for disasters in our own community. One program that I came upon was the Community Emergency Response Team (CERT). Offered free of charge in most cities through the fire department, CERT trains regular community members how to respond in emergency situations in their neighborhood, before official first responders can access the scene. It’s a great training that everyone should take. Some things you learn include how to assess a house for structural damage, how to locate and turn off the gas main in your house, basic triage skills, and basic “cribbing” technique for lifting heavy objects from victims. Through a grant from FEMA, all participants who complete the course now receive a backpack, hard helmet, reflective vest, gloves, and eye protection. I’m still building my emergency pack, but it’s growing slowly.

If you find that you’re still interested in learning more about disaster preparedness and response, consider taking it one step further and enrolling in the FEMA independent study courses. They have a robust list of class offerings, many for free.

Public Health plays a much larger role in preparing others before a disaster strikes and recovery after a disaster. But what is our role during a disaster? One of the most important roles of a public health professional is staying up to date on a situation and providing timely and accurate information. Think before you speak, if you’re not sure, find out. Though I may never actually find myself in a disaster setting, I’d like to think that the preparation would at least help me remain calmer in that situation.

So the next time disaster strikes, think of what you can do to help: donate funds, donate relevant supplies, but most importantly, remember the disaster long after the news coverage has ceased and faded from the general public’s memory. That’s when the real work begins.