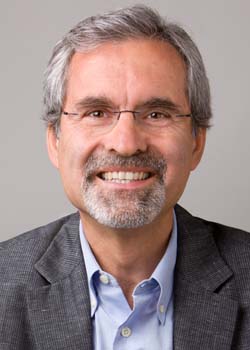 Dr. Sabaté served as principal investigator in a nutrition research study that directly linked the consumption of walnuts to significant reductions in serum cholesterol. His findings were published in the New England Journal of Medicine in 1993 and received the attention of more than 400 media sources, both national and international. Bringing the research full circle Archives of Internal Medicine has recently published the findings of his pooled analysis of 25 intervention trials establishing the benefits of nut consumption on blood lipid levels and lowering the risk of heart disease. Dr. Sabaté continues to research the relationship of almonds, pecans, and walnuts to health outcomes.

He has also conducted considerable research in the area of vegetarian nutrition, is editor of the book Vegetarian Nutrition published in 2001, and was the principal architect of the Vegetarian Food Guide Pyramid released in 1997 and redesigned in 2008. As co-chair of the 3rd International Congress on Vegetarian Nutrition in 1997, chair of the 4th edition in 2002 and the 5th congress in 2008, Dr. Sabaté has been influential in helping establish the scientific evidence of the health benefits of vegetarian diets.